Democracy in the European Union

By: Sphaera
In: Politics
Tagged: democracy, European Union
With: 0 Comments 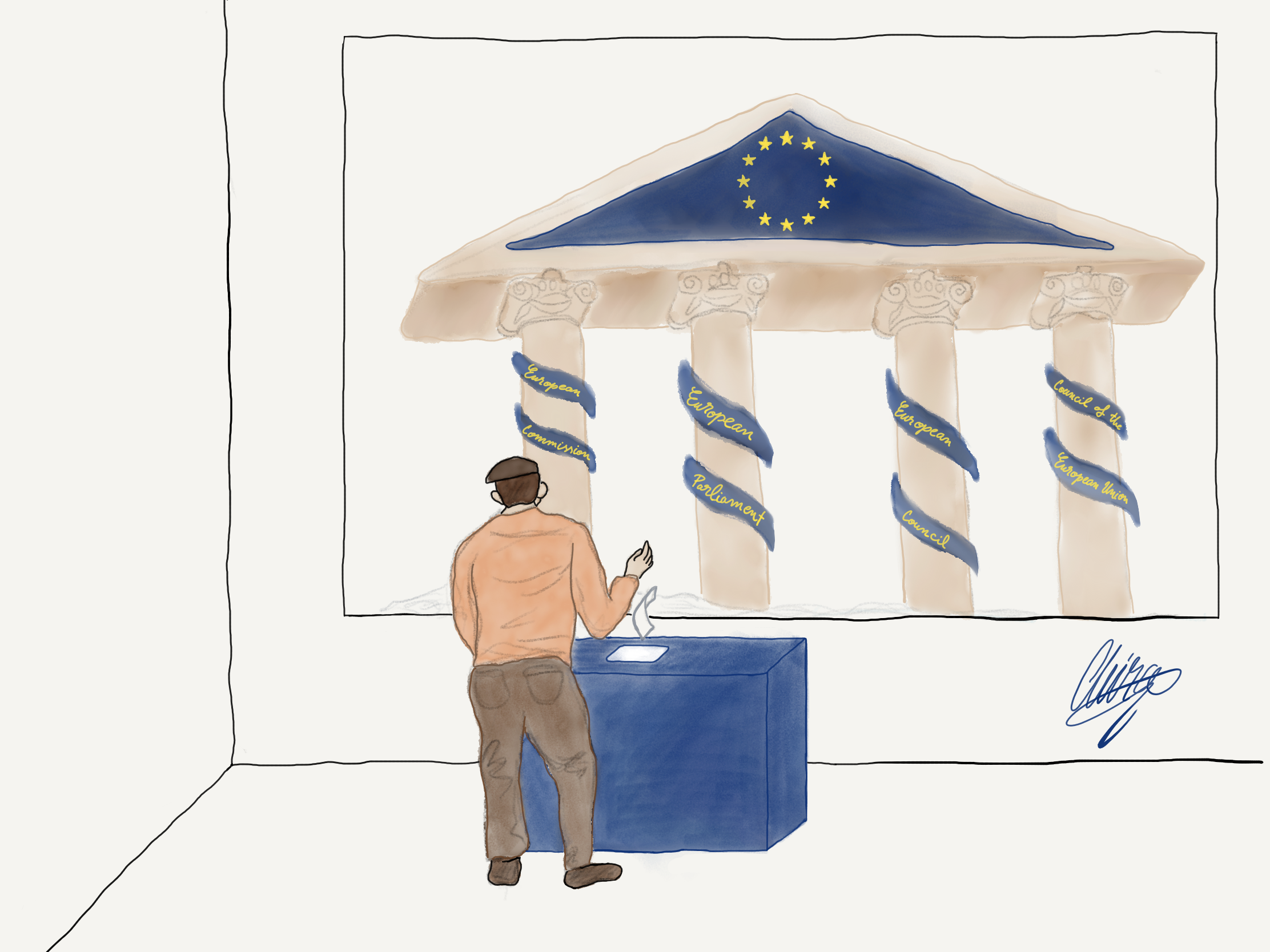 With the rise of Eurosceptic parties, one may ignore the deficiencies in the European Union (EU) that prevent it from countering this rise. I believe that, in order to improve the EU, one must analyse these structural deficiencies. I recently read a book by former Greek Finance Minister (Yanis Varuofakis) entitled: “Adults in the Room”. In it, the author discusses the difficulties he faced when attempting to renegotiate Greeks bailout deal with the European Union (EU). The author encountered a bureaucracy that used a variety of tactics in order to fulfil its interests, some of which were not so ‘democratic’. Despite what the author encountered, he is still pro-EU and believes that it needs to be reformed instead of destroyed. The book got me thinking, how democratic is the European Union and how responsive or accountable is it to the interests of the people. I will briefly describe and look at the key EU decision making institutions: The European Commission, The European Parliament, The European Council and the Council of the European Union. I find that the decision-making process passes through various democratic filters, making the decisions making procedure democratic to some degree. But in the end there is no easy answer to how democratic the EU is in practice.

The European Parliament is the body directly elected members in EU-wide elections every five years. The parliament is the most democratic body out of the EU, and when in public session, any individual can view the preceding through a live stream. However, it is limited in its ability to enact change, it can only do so with the consent of other EU actors. The parliament’s consent is required for most decisions inside the EU to occur. Because of this fact individuals interests should be represented here. Individuals interests should also be represented by their states which will be my next focus.

The European Council is the body with a lot of political power, in which Heads of Government meet. The primary purpose of these meetings is to provide the EU direction for future policies or goals. Decision making is usually consensual, formal decisions making requires either a qualified majority or unanimity.  As a forum of leaders, it is representative of the interests of those citizens who elected their leaders. In theory the EC should responsive to changes in the outcomes of the elections in different member states, but only to a second degree or third degree depending on the electoral system. It is rarely a purely reactionary body that deals with the short term due to the cost of getting all these Heads of State or Government together at the same time. In the long term it should be democratic to some degree but here the practical question is what constitutes the long term?

Council of the European Union

The Council of the European Union is the place where individual ministers in different policy areas meet. Similar to the EC it is as democratic as it is but meets more often with its different configurations. This Council is democratic to a second degree since the individual members that meet are democratically elected or to the third degree since members are selected based on the voted parliament. Hence, it should be responsive and does have the power to enact changes throughout the EU. Generally, both the EC and CoEU are responsive if enough states change their government, if not then these bodies are unlikely to change radically.

In general, the only way the EU gains its democratic is through the EU Parliament whose main role is to veto laws and approve the Commission. Thus, the best analogy I can give the EU is that in most of the cases it as democratic as the highest courts inside some states. Most of these judges inside these courts are selected with the influence of the executive and legislation inside a state. In many states, these courts exist in order to limit a state’s power to the benefit of the public. Perhaps the EU could be viewed similarly, individuals have little influence on the selection of judges but the presence of the EU generally benefits the public. Making the EU more democratic would require more power to be given to the European Parliament and limiting the power that individual states would have. I feel like many states are reluctant to give their power, their sovereignty, in the name of the European project. Maybe a question we should ask ourselves is how democratic should the EU be in the first place?

2020-03-11
Previous Post: The Genocide in Rwanda: a Historical and Political Perspective
Next Post: The Elegant Words of Devendra Banhart