Is there a vaccine that can educate? 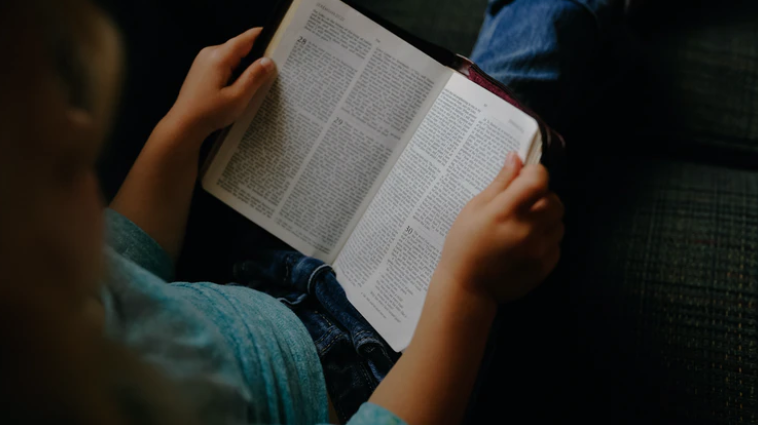 If you were still in school when the COVID-19 pandemic first turned everyone’s lives around, then you might be very familiar with the concept of “online teaching and learning”.

But something extremely obvious underlies that- if you are reading this on a PC/laptop/mobile phone that you have access to, then YES: of course you are familiar with online classes. You have probably been following online schooling for about a year and a half now. You are probably getting used to it, even getting comfortable with having your own routine, doing work from the familiarity of your bedroom, watching recorded materials in your own time instead of having to attend “live” lessons. That is, certainly, if you have the technological support for it: a computer, or a smartphone. If your teachers are well prepared, and have the ability to adapt to a new form of teaching. Teachers who in turn possess the now mandatory hardware to do their job, as well as internet connection. Or, if none of the above applies, at least you must be geographically lucky enough to live in a state that has the financial power to provide you and your teacher with the necessary equipment in order to ensure your right to education. But if you are here, willingly reading this, then we could agree that you are in possession of all these minimum prerequisites and more.

For many children between 3 and 18 years old living in what we (somewhat ignorantly) label as “developing countries”, these pre-conditions have been altogether absent. Best case, they have barely been regarded as a remotely valid expense for the greater goal of education. The struggle of skeptical families to support their children’s education instead of having them help with domestic labour or other temporary jobs prevails. Torn between choosing to make sacrifices for education (which is not palpable and is slow to generate immediate profit) and relying on another source of income which can make a difference that very same day, these families are bound to choose the latter. Many Latin American countries today, notably Brazil and Bolivia, are commonly confronted with this issue.Child street vendors in Brazil often work selling candies and the like on buses or street corners. These economic activities are part of a larger sector of informal work and, since developing countries often battle with high rates of unemployment and lack public sector investment, they are indispensable for the livelihood of the lower classes. For this very reason, in Eastern Europe’s developing countries, the similar reality of child beggars is a continuous challenge for the governments trying to devise effective policy that is bound to not only lower these abuses against children, but also to support and incentivize their families to formally educate them. Among the Roma people, the biggest ethnic minority of the region, poverty is indeed the hindrance to achieving basic levels of education. After all, how can one expect parents to buy their starving child school supplies instead of providing them with food?

“Children are the future” is a kind of billboard motto that we have all heard, due to the widespread belief that, as geographer and historian Jared Diamond famously asserted in his homonymous book, generational change brings about positive change, through innovation and progress that drive us all forward. Hans Rosling succinctly explains how it seems to be the natural course of history for countries to develop towards a “healthy, happy corner”, where people’s basic needs are fulfilled and opportunities exist. In two words, where both freedom and equality are closer to striking balance every day. While in theory we seem to hold a recipe for development (assuming that development equates improvement of life conditions and is sought by everyone), paying attention to the fundamental task of providing opportunities for children comes as a continuous hurdle to developing states.

Now consider the situation of COVID-struck Western countries that has been so commonly presented in the media. It accounts for only a fraction of the pandemic’s real effects. All over the world, the immediate effects have been sudden unemployment, rising death tolls and steadily declining economies, which impact everyone’s lives. The pandemic has certainly put humanity’s noble pursuit of freedom and equality on hold. But if we look at a deeper level, we ought to ask ourselves what happens next. What about the future? What has happened to those who will actually live to see the future, to be the future? Why exactly should we care about the future?

The quality of education has generally decreased, wherever we look. Preliminary studies conclude that while adapting to online learning is certainly possible and does succeed in delivering the necessary knowledge to the students, in-person learning simply yields better results. Attention spans are longer, class engagement is visibly improved. The formation of human connections facilitates not only cognitive skills, but also crucial social skills which need to be nurtured (especially in early childhood by interaction in a collectivity. The 10-year-olds of today are suffering more than we can see: in effect, their development process has stagnated. They have lost concrete stimuli that prepare them for the accumulation of information. In front of a computer, their definition of interaction becomes fundamentally different, rather than temporarily altered. This is the reality they have been thrust into. To them, their parents’ stories about being in a classroom with their peers sound like science fiction tales from time immemorial. Their classroom is Google Classroom, based on a server, not made up of four walls. When “things go back to normal”, they will inevitably meet with instances of social awkwardness, feelings of alienation and, most importantly, their mastery of basic skills will be weaker. Because, after all, children get easily distracted due to their astounding sense of curiosity which can hardly be contained. When it comes to learning how to read and write- which are obviously fundamental and require longer time frames of practice- how long can a 6-year-old watch their teacher on a screen? Studies report that it is not long at all: and if that is the case for a kid who has all necessary equipment allowing them to still pursue their education in the context of the COVID-19 pandemic, then what happens to the children in developing countries?

In 13 rural schools in Romania, the average rate of absenteeism was 40% (before the pandemic). Due to poverty, lack of school counselling and subsidies for poor families, pursuing education given the status quo almost sounds like a ridiculous idea. A particular phrase coming from a 12 year-old that was being interviewed for a Romanian news channel stuck with me, and, I would say, aptly summarizes the reality of not being able to access education, despite it being a constitutional right:

“When the virus happened, it was like we were on holiday. And every now and then my teacher sends my mom homework for me on WhatsApp, to practice. I do it sometimes but I can’t always see the pictures she sends and I don’t have a printer. And then my mom needs her phone when she goes to work so I can’t do my homework anymore.”

This child does not sit in front of any computer, going about their academic day on any platform used in online teaching. This child has neither an internet connection, nor parents who can afford one. Most of all, this child was not born in a state that will provide what they need in the blink of an eye. So how can one expect such children to even want to pursue an education, when they have never really had the chance to actually understand what an education is and what good can come out of it? When asked by the reporter about why they do not prioritize education at a family-level, the tearful mother of the same 12-year old replied:

“I can buy him a book to read now, but there is nobody to teach him how to do it, I can’t read either. And what did I achieve? I wasted money on a book that is useless for everyone here when I could have bought him a new winter coat.”

And because education does not happen with being in the mere possession of a book, but with having behind you an entire network of support that can endow you with the goods of having an education and then assist you (both morally and financially) to attain those goods, the price of education presents itself as far higher than it appears at first glance. It inherently involves things that money cannot buy: faith in one’s capabilities, unwavering support from family, the power of rising again after failure. But let us not forget about the aforementioned supplies that only increasingly high amounts of money can buy. And because one can only desire what one knows about, these children will not look to escape their socio-economic reality by calling out a self-destroying educational system in some heroic, revolutionary gesture. Rather, they will continue to live as they have always known, surviving- because that is what they have ever seen anyone struggle to do.

The COVID-19 pandemic has sealed the fate of many. Presently, it looks grim. When it comes to the future, it appears that humanity will be confronted with the ripple effects of a year that has left its mark on the younger generations, deepening inequality among social classes. In developing countries, where scarcity of resources continues to determine and limit the chances of many, the pandemic has built more walls between what could be within everyone’s reach and what actually is. Education, the stepping stone for the construction of a stable future coated in personal fulfilment and financial certainty, has become a chimera for many more children than previously thought. And how can we have so much faith in the future if part of its foundation (that lies with education for the masses) has been tampered with by… a virus? Correction: by a virus coupled with pre-existent governmental flaws and incapacities.

2021-07-01
Previous Post: No, it is not about attention and no, it is not glamorous: On Anorexia Nervosa
Next Post: Is it all just a dream?