By: Sphaera
In: Arts and Culture
Tagged: culture, iran, women 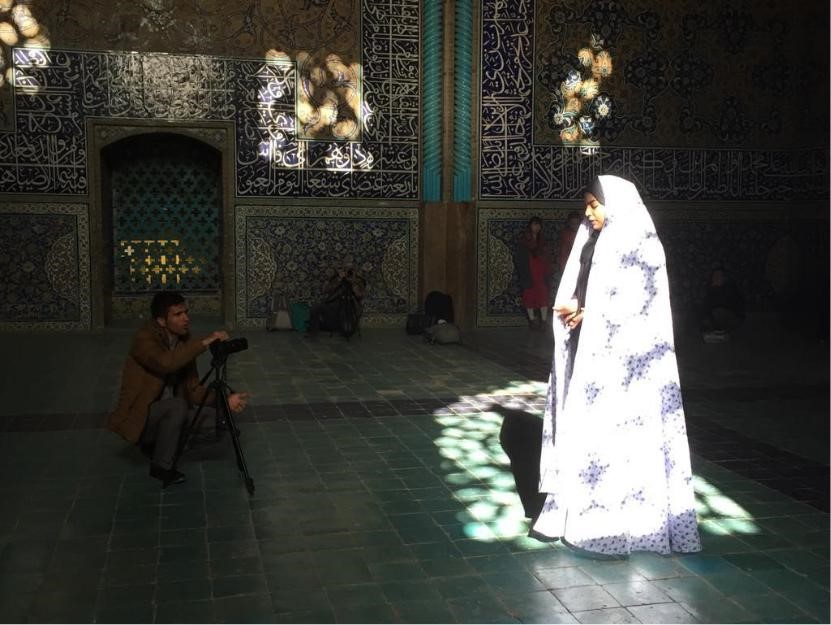 Female doctor, female lawyer, female boss. These juxtapositions seem obvious to us in Western culture, but can be completely inapparent when we think about women in the Middle East. Why is it so? Well, we humans love to generalize. After enormous migration flows as well as the recent terrorist attacks across the European continent, the populist wave of Muslim browbeating has expanded, being present in nearly all, especially right wing, media. Many of us still equate between them and terrorists, violent actors without any respect towards their women. Dozens of notorious books, reportages and articles have tackled the topic of Middle Eastern females being raped, beaten and limited to fenced birth-givers, however, there is relatively little space for those advocating something different – the other side of the coin does exist. Especially, if one realizes the cultural multiplicity in this, seemingly homogenous, region. The case of the Islamic Republic of Iran is a good example of the above. As distinct from the neighbouring countries, it is, in large part, Shiah, which has a number of custom-related consequences. What is more, the country has a strong collective identity, based on its two-and-a-half thousand history, once and for all changed by the Muslim conquest in the seventh century. But present-day Iranians have not forgotten their imperial Persian roots, and have developed a specific temper of which women treatment is part of. Given these circumstances, it is important to raise a question – what do we really know about contemporary Iranian women? What kind of pictures come to our minds? And are we really able to use our own perspective and standards when evaluating their culture? The following text article stems out of my journeys across Iran, as well as the interviews with Iranian women.

The simplified vision of Muslim women whose main goal is to marry and give birth to at least several children. Of women who, without the permission and assistance of her husband/ father/ brother, cannot leave her own house. And eventually, of women who completely devote themselves to their family and thus cannot develop in any professional field successfully. Although it might be true in the most conservative rural communities, it turns out that in contemporary Shia Iran, the “housewife fate” is simply not applicable. It is a woman which is more likely to gain higher education (nota bene in many studies they constitute a majority), they also attend extracurricular courses and have a right to set up their own companies. Consequently, today, female doctors, lawyers or guides are nothing but part of modern Iranian society. There’s nothing derogative for Iranian men to be driven by women, in contrast to… Christian Georgia, for example, where the reputation of even the drunkest macho cannot be tarnished with a female behind his wheel!

Western media love setting up heating debates when they look at Islamic women from the perspective of our own cultural freedom. The prevalent belief that “poor Iranian women” have been “wrapped” against their will with innumerable layers of black cloth by the religious patriarchs. It is true that prior the Islamic Revolution in 1978/9, Iranian women did not have to hide under headcloths, as it is required today but before jumping to conclusions, it is important to take a broader, two-and-a-half thousand years historical context into account. Certainly, many years before the Islamic conquest, women in Persia used to veil their bodies in order to protect themselves against the harmful effects of sunlight, extremely unfavourable in desertic areas. Moreover, living in such conditions meant experiencing dust storms, so in order to prevent rich, colorful robes from potential damage, covering in much more practical black pieces of material was practiced. It might be a case that the triviality upon sedulous hiding under layers of cloth was “appropriated” by religious leaders many centuries later, and appointed as a rule ever since.

When it comes to the appearance of Iranian women in public places, there is another aspect to be distinguished. In countries like Saudi Arabia, women cannot show their bodies in public, often including their eyes, being tightly wrapped in burqas, niqabs and chadoras (see image 1). Iran does not fall into this category. Native Iranians would never wear niqabs or burqas, which completely cover one’s face. If you see the latter, you can be almost sure you are seeing an Arab woman. In contrast, orthodox Iranian ladies would most likely wear chadors, whereas less conservative Iranians choose hijabs, matching with, often embroidered or colorful, coats and pants. Such outfits meet basic religious requirements covering bottoms, knees, ankles and elbows, but at the same time, they are very contemporary and often emphasize feminine assets (see image 2). Do not forget that such a huge and diverse country there are also places in which, before the girl realizes there is no scrap of material covering her hair, couple minutes may pass. And she will not face any social ostracism!

Before going to Iran, I have heard many times about the so-called “custom police”. In the Islamic Republic of Iran, these special units have been appointed to make sure the inhabitants looked and behaved properly in public places. Five-six years ago, they posed a real threat, guarding vulnerable women not to have excessive make-up (immediately ordered to be washed away in the middle of the street) nor having a single hair strand hanging outside the headscarf. Things were not easier for men either. The sensitive eye of custom police made sure that they too were “worthy representatives of Islamic doctrine” and, like the ladies, they were not allowed to experiment with clothing. The infamous actions of the Iranian custom police were also directed against Barbie dolls, whose appearance was supposedly against the principles of Islam. Even the mannequins were obliged to have some forms of headwear, or their owners were exposed to severe penalties.

Although formally the above-mentioned police department still exists, it is difficult to be spotted. The expressive makeup of young Iranians is nothing surprising and does not constitute a reason for any form of persecution, whereas the hijabs cover less than they should and are used as colorful accessories, matching the rest of the outfit (see image 3).

Polygamy is yet another “exotic” idea upon the structure of Muslim families. Indeed, in Shia Iran law provides for the possibility of having several wives but, which is common for this country, the law is not fully compatible with social practice. In reality, it would be quite hard to find polygynous Iranians. Perhaps some men would like to have more than one spouse but what prohibits them from doing so are… their modest financial resources. The law states clearly – each wife has to be treated equally, so, for example, buying a ring for one means receiving gifts of similar value for each. If we think about a car, a house or other valuable goods, the men’s bank account has to be considerably capacious. Iranian men, as it can be seen, can count.

Within the framework of a conclusion, I think it is important to realize how much, depending on one’s culture, the perception and judgment of both ourselves and other human beings are conditioned. It is very hard for an individual to go beyond what is deeply rooted, immediately assumed. There are, no doubt, many other harmful myths and false beliefs, with only a kernel of truth embedded, but these five statements seem to be the most common among fellow Westerners. Put in the right socio-cultural context, they appear much more clear and understandable, which only confirm the claim – it is never too late to confront one’s knowledge and broaden one’s horizons.