Danger in Division: Depolarizing the BLM Movement in Politics 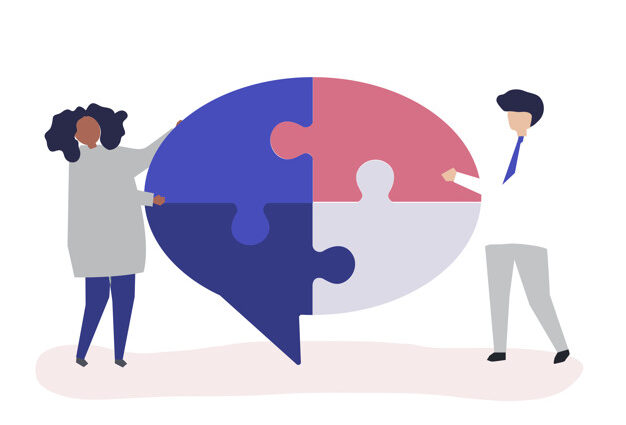 Now, as the Black Lives Matter (BLM) protests are getting less coverage in mass media, and the U.S. is making attempts towards police reform in cities like Minneapolis, L.A., and more, the movement’s momentum seems to be dwindling in popular culture. What remains is the division between those who whole-heartedly support the movement, those who are against it, and those who remain indifferent. All such sentiments, from the civilian to the political level, were revealed during the protests. But why are there such deep rifts among people’s sentiments to begin with, when the issue at hand is one of basic human rights?

It is perhaps due to the tendency of human rights movements to become polarizing in politics, especially when it comes to racism. The view that the BLM movement is ‘too radical’ is not only advocated by the U.S. president, who is making far-out claims about the involvement of ANTIFA in the cause, however also by those in the lower levels of politics. For example, the Pennsylvania county commissioner recently coined the BLM movement as a ‘radical left-wing hate group’. Even in a recent NYT article, the word ‘align’ was used to refer to big brands showing support for BLM, a word typically confined to political affiliation. Already, most of those openly against the movement have rooted their reason in politics, not in racism. This is not surprising considering a study completed in 2018 by researchers at the University of Texas at Dallas that suggests political disposition is likely to affect one’s stance on the movement.

This phenomenon is not confined to the U.S. – In the U.K., Boris Johnson, leader of the Conservative Party, called for the protests to end, while his greatest opposition in the 2019 General Elections, Jeremey Corbyn, the previous leader of the Labour Party, has offered his support for the movement. Australia’s PM, Scott Morrison of the conservative Liberal Party, has shown his disdain for the protests. Pacific Minister Alex Hawke of the Liberal Party also called the protests ‘self-indulgent’. On the other hand, MPs of the opposition, the Labour Party, attended the protests themselves in a show of solidarity.

By polarizing the BLM movement, the layperson can easily deny accountability, blame the issue on politics, not on the real, noxious history of racism, that has led to enduring racist structures in the U.S. and worldwide. This becomes a double-edged sword that ends up cutting the movement short. Those who are against the movement can claim, ‘It goes against my political standing, I’m not a racist.’ On the other side, supporters of the movement, who are now seeing the attention of policymakers being captured, feel they are able to set their activism to autopilot mode and let change be done at a higher level. The issue with this is that change is then left in the hands of those who started the problem in the first place, and little to no significant structural reform is made.

People from outside the U.S. remain silent or maintain they are against the BLM movement because they claim that the issue is confined to the political nuances of the U.S. They are thus able to avoid addressing racism in their own countries, as according to them, their political structures have nothing to do with America’s. Any mention of the BLM movement is an attack on their state politics, not on the human rights issue of racism.

The truth is that political structures are, especially in countries with a colonial past, an extension of racism, thus leading to offences of human rights. Human rights abuses and politics are mutually inclusive. In the U.S., the beginnings of organised police are directly connected to slavery. In Britain, black slavery was industrialised and systems of apartheid were initiated. Now, black people in Britain are still being dehumanised by the media, dying in police custody, disproportionately imprisoned, and now dying disproportionately of Covid-19. In Australia, institutional racism against the Aboriginal community remains. In the Netherlands, racial profiling is no stranger.

For significant change to be made, and for history to avoid repeating itself, the BLM movement cannot continue to be polarizing. Uprooting offences to basic human rights need to be seen as a universal issue that must be tackled. A system that addresses structural issues, not just one-off effects of the structural issues, is needed. There should be recognition at the higher level of the flawed system that, especially in the U.S., perpetuates mass incarceration, gentrification, and fear amongst black communities. In order for this to happen, advocacy at the bottom level is needed. In a racist system, democracy becomes more than the institutional – largely electoral – framework that it is commonly confined to. Advocating, signing petitions, and fundraising must continue parallel to voting. This way the polarizing curtains that hide issues of basic human rights will be drawn back, to reveal where the real issue lies. Systemic, undeniable, racism.

2020-06-17
Previous Post: From Minneapolis to Beirut: The Many Faces of the BLM Solidarity Marches
Next Post: The Forgotten Ones – Those Battling Invisible Illnesses Amidst a Very Visible One