U.S. Withdrawal from Syria: A Shattered Prospect of Peace

By: Sphaera
In: Politics
Tagged: syria, Trump, turkey, US 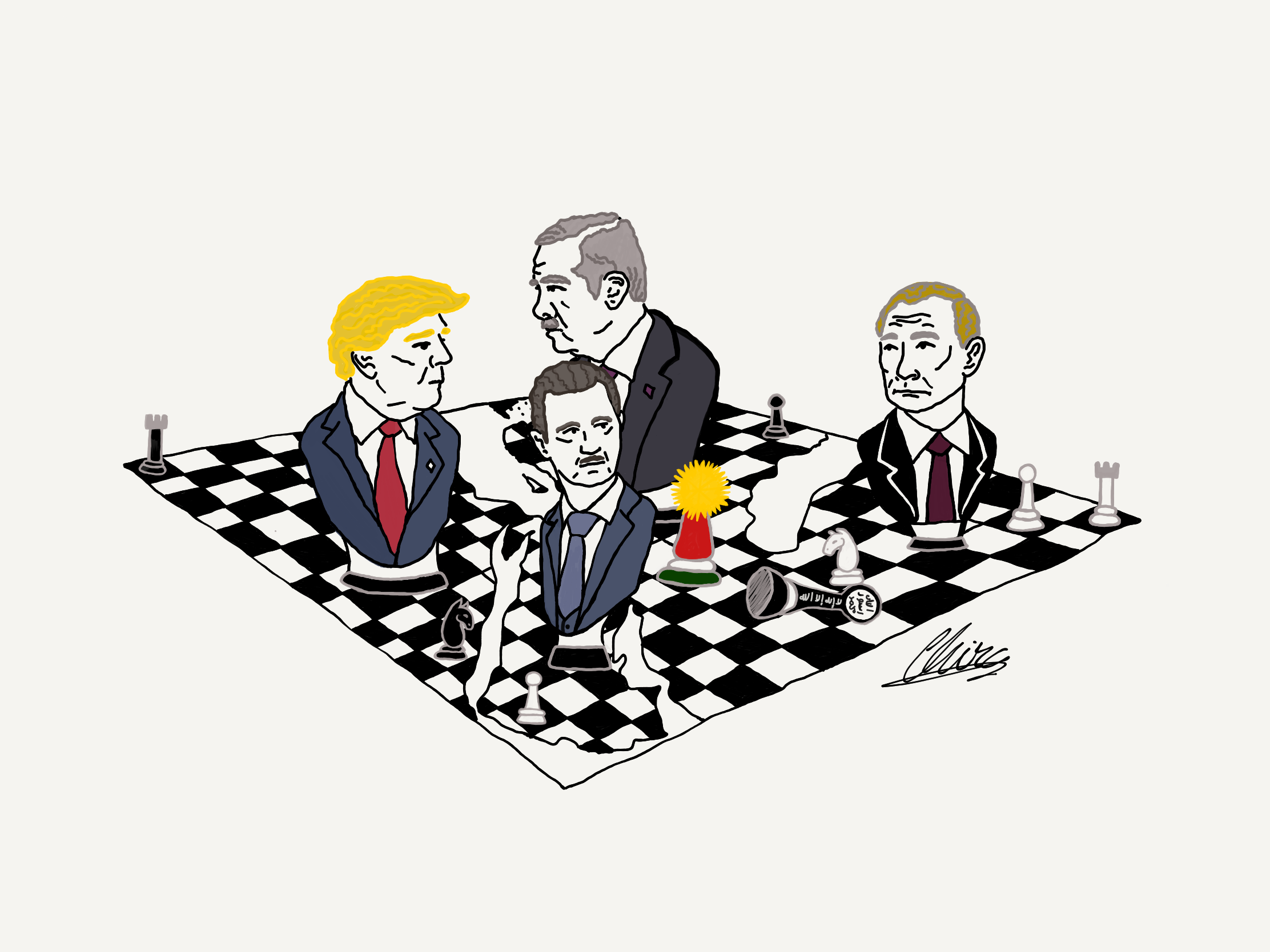 On Sunday 6 October, U.S President Donald J. Trump went against the recommendations of top officials in the Pentagon and the State Department by endorsing, via a phone call with the Turkish President Recep Tayyip Erdogan, a Turkish-led military operation in northern Syria. This campaign seeks to establish a 30×40 km ‘safe zone’ along the border of Syria to secure refugees and ensure Turkish territorial integrity from the Kurds, whose armed forces are identified as a terrorist insurgency by the Turkish presidency.

The day after, as per Trump’s promise, American troops withdrew from the area. Consequently, Turkey launched a ground and air attack, bombing Syrian cities and advancing into Syrian territory. Trump alleged that his decision to withdraw was made under the pretext, as outlined in a White House statement, that American troops “defeated the ISIS territorial ‘Caliphate’”; therefore, were no longer required in the area. In accordance with Trump, the aforementioned reason legitimized the abandonment of the Kurds, the United States’ most strategic/trustworthy ally in the area.

The reason behind Trump’s whim decision to acquiesce to the Turkish mission is hard to pinpoint. If anything, it portrays Trump’s liking for zero-sum relationships that purportedly put “America first.” Even though an eventual U.S withdrawal was expected, Trump is being criticized for not preparing Syria for such a decision. The negative consequences are now in full bloom, as two major threats to the international community gain an upper hand.

The first is Bashar al-Assad, leader of the Syrian Armed Forces, who took a surprising strategic turn, with the encouragement of Russia, by entering into an agreement with the Kurdish-led Syrian Democratic Forces. Despite the fact that these two parties have been clashing in a bloody civil war for the past eight years, and that al-Assad has been identified as a war criminal by the international community, they are apparently cooperating to bolster a defensive on the Syrian border. It is too early to speculate that such a conjecture can bring political cohesion in the country. In fact, Syrian armed forces are taking control of the northern cities in Syria once held by the Kurds. Recently, the city of Manbij, a neuralgic point for the strategies of every party involved, and formerly secured by U.S troops, has been taken by al-Assad’s forces. Thus, it is feared that the political/power void which is now northern Syria may be filled with Assad’s forces, denying the Kurds the degree of autonomy they used to enjoy.

Alarmingly, a second stakeholder to identify is the so called Islamic State (ISIS). Around 12,000 captured ISIS militants were held prisoners and guarded by Kurdish forces. However, since another front has been opened for the Kurds, they must redistribute their efforts on counter-attacking the Turkish army. ISIS militants took advantage of this situation to escape their prisons, with multiple reports and recordings of ISIS prisoners running free. In addition, the families of ISIS militants, which are being held and surveilled in camps, are fleeing in the hundreds. In the notorious al-Hol camp in eastern Syria, families affiliated with ISIS were told to “prepare (their) bags” as the terrorist organization plans a massive smuggling operation to assist 70,000 inhabitants escape. Nearby towns were warned that they must help the operation or “face slaughter”. This has been met with great enthusiasm by Islamic State supporters. The fact that the resurgence of ISIS appears to be imminent is extremely worrying, considering the five years of international efforts put into defeating the so called Islamic State.

The extent to which the U.S. could have prevented the Turkish assault on Syrian territory is questionable. What the U.S. should be criticized for is lacking a solid strategy to prepare northern Syria for its eventual withdrawal. The Obama administration’s premature withdrawal from Iraq serves as evidence that such decisions can have devastating consequences. As fighting intensifies in the region, the U.S is desperately calling for a ceasefire while the different parties in the conflict attempt to claim their stake. It appears the horizon has darkened once again for Syria.